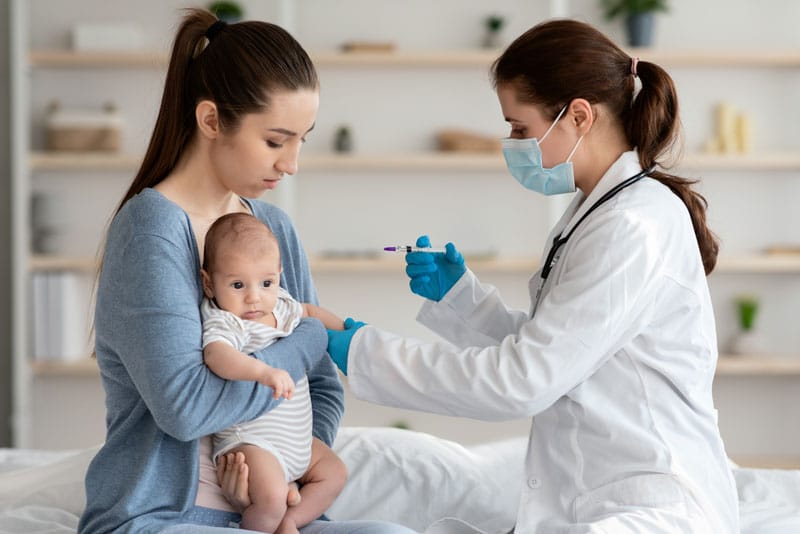 As we begin our observance of World Immunization Week, we celebrate the development of a vaccine and its role in eradicating smallpox.

Smallpox was a severely infectious disease caused by the variola virus. It undoubtedly caused millions of deaths and is believed to have existed since the days of ancient Egypt over 3,000 years ago.

It was contagious, spreading from one person to another. People who had smallpox typically presented with a fever and a distinctive, distinct skin rash.

Although most people with smallpox recovered, about three out of ten infected died. Sadly, many survivors had permanent scars over large areas of their bodies, especially their faces. Tragically, some survivors whose eyes suffered severe infections were left blind.

Variolation was the earliest attempt by physicians to prevent smallpox. Evidence indicates that Asian practitioners developed this technique sometime in the mid-late 16th century.

The procedure involved a practitioner blowing dried smallpox scabs into an individual’s nose, causing them to contract a mild form of the disease. Once recovered, the individual was immune to smallpox.

However, variolation was never risk-free. Not only could the patient die from the infection, but even the mild form could result in spreading the disease, causing an epidemic.

Still, many individuals were willing to take these risks. They did so because only 1-2% of those variolated died as compared to 30% who died when contracting the disease.

In 1768, an English country doctor in Berkeley, Gloucestershire, named John Fewster, practiced variolation. He administered the smallpox virus through a puncture in the skin.

However, Dr. Fewster observed that some of the farmers he inoculated seemed already immune to the disease. He could tell because they did not have the typical skin reaction at the injection site.

These farmers insisted they never had smallpox. Then, according to a letter written by Fewster, one farmer told him, “I have had the cowpox lately to a violent degree, if that’s any odds.”

On further inquiry, Fewster discovered that all the farmers who didn’t respond to the variolation never had smallpox – but they previously had cowpox. He then concluded that they were immune to smallpox from exposure to cowpox.

Fewster told his story about these farmers to his local medical society, whose members gathered regularly for meetings at an inn called “The Ship Inn,” located in Alveston. Two of the members attending were the Ludlow brothers.

Fewster’s letters, diaries, and research notes, dating back to 1720, point to the significance of this story and those attending the meeting. It’s likely that the Ludlow brothers returned home and told their young apprentice about the cowpox story. Their apprentice was a 13-year-old boy named Edward Jenner.

Edward Jenner and the smallpox vaccine

Edward Jenner grew up in England and became a doctor in Berkeley, Gloucestershire. He also became a local medical society member and attended meetings at “The Ship Inn.”

He would have nearly 30 years to consider how exposure to cowpox, a relatively mild disease, would protect people from the deadlier disease of smallpox.

In 1796, Jenner finally had an opportunity to test his theory. He vaccinated a child named James Phipps with pus taken from a cowpox sore.
The Phipps boy proved immune when exposed to smallpox after vaccination with cowpox. So did several other children Jenner experimented on, including his 11-month-old son.

Vaccinations gained wide acceptance, gradually replacing the practice of variolation. In the 1800s, the smallpox vaccine’s standard changed from cowpox to the vaccinia virus. This stable, freeze-dried vaccine allowed vaccination programs to reach entire nations and less-developed tropical countries throughout the world.

The eradication of smallpox

The World Health Organization (WHO) intensified efforts to eradicate smallpox in 1967. They conducted widespread immunization and surveillance around the world for several years. As a result of this effort, the human population no longer suffers from the disabling and deadly effects of the disease on our lives and livelihoods.

In 1977, the WHO recorded the last case of smallpox in Somalia.

In 1980, the WHO declared smallpox eradicated. It is the only infectious disease to achieve this distinction.

The smallpox vaccine was discontinued in 1983.

Today, as you read this article, our world still celebrates the vaccine and its role in eradicating the smallpox virus as one of our most profound historical public health achievements.

Arthur W. Boylston, M.D. deserves credit for his research on Dr. John Fewster’s role in learning how cowpox triggered immunity to smallpox. The New England Journal of Medicine published his article on the subject in their February 1, 2018 issue. That same month, NPR ran a feature on Dr. Boylston’s account of the pivotal role Fewster played before the groundbreaking experiments of Dr. Edward Jenner.

Should I Get a Flu Shot in February to Lower My Risk of Influenza?

Health Screenings: Routine Healthcare that Can Save Your Life

The High Cost of Loneliness

Recommendations for Improving Your Health in 2023

How to Prepare for Winter Storms

Many Seniors Face Isolation and Loneliness at Christmastime

RSV: What You Need to Know to Prevent Severe Illness and Spread

Do You Really Need Both a Flu Shot and a COVID-19 Booster?

Why Do You Need an Annual Eye Exam?

Staying Up to Date with COVID-19 Vaccines and Boosters

Your Best Chance of Avoiding Influenza – A Flu Shot

Why Should You Build an Emergency Kit?

What is the Real Cost of Smoking Cigarettes?

How Do We Monitor Vaccines for Safety?

Breastfeeding Benefits for Babies and Moms

Hearing Loss: Protect Yourself and Your Family this Summer

May is National Stroke Awareness Month

Adults and the Importance of Immunizations

STD Awareness Week: A Matter of Life and Health

Lead Poisoning: Why Are Children at Greater Risk?

What are the 3 Most Common Toxic Substances in Your House?

Donate a “Soup-er Bowl” of Food!

Info for Adults: Vaccines—Know what you need

Learn the Facts About Flu Vaccine!